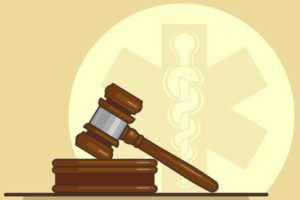 Around one in five Americans are currently covered under Medicaid — that’s around 74 million people, including individuals with disabilities and those with low incomes. According to the Kaiser Family Foundation, 39 states cover at least a portion of their Medicaid populations through managed care organizations; in more than two dozen of those states, three-quarters of Medicaid enrollees were on managed care rosters.

Here at home, around 80% of the Golden State’s 13.5 million Medi-Cal beneficiaries have been shifted from the traditional type of Medicaid (fee-for-service) to managed care.

From a distance, this might not sound like an important difference. After all, if the individuals are still being covered, isn’t it all the same? But if you’re a Medicaid beneficiary with a complex medical condition (or multiple conditions), it can mean the difference between good care and care that seriously misses the mark.

As the Kaiser data reveals, California isn’t alone in shifting individuals covered by Medi-Cal (the state’s version of Medicaid) to managed care plans. One of the reasons for the shift? Attempting to create more certainty within the states’ healthcare budgets. Managed care plans under Medi-Cal receive a fixed monthly dollar amount from the state to cover patients (known as capitation), so ostensibly, there wouldn’t be the same spending surprises inherent to traditional Medi-Cal. However, certainty comes with its own cost — to patients.

Under traditional fee-for-service Medi-Cal, enrollees visit practitioners who are reimbursed on a visit-by-visit basis. Managed care plans usually involve a more limited pool of participating providers than Medi-Cal, and shifting to managed care often means that patients are forced to shift to new physicians. In the cases of complex medical situations involving a team of doctors, at the very least bringing new physicians up to speed on a complicated treatment history can prove onerous (or dangerous, when time is of the essence), and at the worst, certain vital specialists and critical services can be lost along the way. And since providers bear the financial burden of exceeding their allotted managed care budget, they tend to be much more cautious regarding tests and treatments within the managed care model.

Even when patients win on appeal, fee-for-service Medi-Cal is not a guarantee

Medi-Cal recipients moved to managed care do have recourse, although a lawsuit recently filed in Los Angeles Superior Court reveals the holes in what’s offered to patients. Medi-Cal enrollees informed that they’re to be shifted to managed care can file a request for medical exemption. According to the California Department of Health Care Services (DHCS), the request must accompany documentation provided by the patient’s physician: “evidence that [the patient] is unstable and that … treatment cannot safely be transferred to a managed care plan physician(s) of the same specialty or specialties.”

If granted, the exemption usually remains in effect for one year. The most recent data available — for October 2016 through December 2016 — shows that DHCS granted 66% of the medical exemption requests it received. However, a denial does not mean case over for the patient: the beneficiary still has the right to appeal the decision before an administrative law judge. And yet, even a judge’s decision to grant an exemption does not mean the enrollee can remain in the traditional fee-for-service Medi-Cal; DHCS has, within the last two years, reversed around 130 judge rulings.

Advocacy groups take on the state in LA Superior Court

The lawsuit — filed by the consumer advocacy groups Western Center on Law and Poverty and Neighborhood Legal Services of Los Angeles County — has those exemption reversals as its focus; it alleges that DHCS, in going against physician recommendations, is illegally overturning the administrative law judges’ conclusions that certain complicated medical conditions warrant the patient staying with traditional Medi-Cal. The action is not only relevant to Medi-Cal enrollees who have had their exemptions reversed by the state, but also to those individuals who may submit future exemption requests.

This blog post is provided for educational purposes only and is not offered as, and should not be relied on as, legal advice. Any individual or entity reading this information should consult an attorney for their particular situation. For more information/questions regarding any legal matters, please email info@nelsonhardiman.com or call 310.203.2800.