Drug spending in the U.S. is at an all-time high 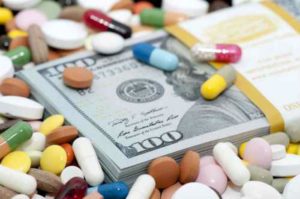 , according to the IMS Institute for Healthcare Informatics, and public perception of drug companies’ ethics at an all-time low. Now, consumers, consumer advocates, insurance companies, and government are working toward solutions to lower costs and make drugs more affordable in California.

The lack of transparency about drug companies’ costs means they can hide behind claims about “research and development,” without revealing exactly why some specialty medications are sold at such outrageous prices.

Hepatitis C drug Sovaldi, for example, cures the infection, but costs $85,000 for a 12-week course of treatment. Harvoni, another hepatitis C medication, costs $113,400 for 12 weeks. Because of the cost, only patients who have sustained liver damage from the virus get approval to take these drugs; if all of the approximately 3 million people in the U.S. with hepatitis C were covered, it would cost $340 billion. In the 2014 and 2015 fiscal years, only 4,200 of Medi-Cal’s 237,000 hepatitis C patients received hepatitis C drugs

Increased drug costs affect all players in the system, consumers, insurers and providers. Rising drug costs translate to higher premiums and copays for consumers. And often, consumers can’t even get the care they need due to these costs; according to a survey by Consumer Reports in 2014, a quarter of people whose medication bills rose were unable to pay those bills.  In that event, people often stop taking their medications, which can worsen health and lead to bigger bills down the line.

Many politicians, consumers and nonprofits believe that making the system more transparent is the first step toward increasing competition and driving prices down.

Insurance companies have attempted to keep costs down by making consumers use generics over brand-name medications. Government and employers are requiring more prior authorizations. Medi-Cal is “negotiating as hard as we ever have been,” according to Jennifer Kent, director of the Department of Health Care Services.

But when insurance companies get involved in making health care decisions for consumers, patients often face repercussions; it can be harder to access necessary medications and treatments, and delays in the delivery of drugs and services can threaten patients’ health. Anthony Wright, executive director of a nonprofit consumer advocacy coalition called Health Access, spoke about the dangers of giving insurance companies too much control over patient care: “It may be additional time, additional pain, additional health problems before you get to take the drug.”

As consumers grow increasingly frustrated with the rising costs of their medications, California is proposing an initiative that would curtail drug companies’ price-setting power. The California Drug Price Relief Initiative would require drug companies to charge the state no more per drug than it charges the U.S. Department of Veterans Affairs.

Michael Weinstein, CEO of the AIDS Healthcare Foundation, a Los Angeles based nonprofit, spearheaded the ballot measure. He hopes that if the referendum is successful, similar initiatives will spread throughout the country and move the needle on the control of drug prices.

Drug companies will be spending $100 million to fight back against the ballot measure. Opponents, like Pharmaceutical Research and Manufacturers of America (PhRMA), argue that such regulation could drive up overall drug prices and make certain drugs unavailable; the reason the VA gets lower prices is because they only cover some prescriptions. Proponents, like Weinstein, believe it would force an increase in transparency and reduce drug prices.

With the money and marketing efforts drug companies are investing to fight this initiative, those working to promote it have a tough battle ahead. It’s unclear whether this ballot measure will pass, or if drug makers will convince the public that the measure is not in their best interest. What is clear is that the results of the referendum have the potential to influence policy throughout the rest of the country, either causing significant changes or reaffirming the status quo.

For more information/questions regarding any legal matters, please email info@nelsonhardiman.com or call 310.203.2800.