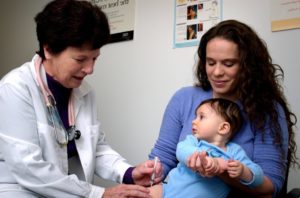 Although the majority of Ohio voters cast ballots for Donald Trump in November’s election, they will not be immune to his administration’s plan to repeal and replace the Affordable Care Act (ACA). And, perhaps unsurprisingly, the poorest people will be the ones to most acutely feel the fallout.

Crain’s Cleveland Business recently interviewed community healthcare center professionals to get their sentiments about the looming change, and the future isn’t necessarily bright. Not only does the potential exist for 20 million people nationwide (approximately 900,000 of them Ohioans) who found insurance under the ACA to lose that coverage under a repeal, but federally funded community centers are at risk of losing the revenue that enable many to broaden health services for the populations they serve.

Medicaid expansion may be rolled back

Neighborhood Family Practice (NFP) provides healthcare (including dental and behavioral services) for a dozen communities along Cleveland’s West Side. Last year NFP treated over 18,000 patients (an increase of more than 1,000 from 2015).

Jean Polster is president and CEO of NFP. She told Crain’s that NFP’s poorest patients would suffer most under a repeal without replacement in-kind. She explained that the ACA’s Medicaid broadening of eligibility covered individuals with incomes up to 138% of the federal poverty level (which translates to around $16,000 per year per individual or $28,000 for a single parent of two).

“We had 23% uninsured before ACA, now that number is at 10%,” Polster said. “[A repeal] may roll coverage back to pre-ACA levels.”

And Polster noted that if the replacement to the ACA doesn’t offer similar eligibility, adults ages 20 to 65 who wouldn’t ordinarily have access to Medicaid based on income might lose their health insurance altogether.

However, Polster underscored the NFP’s commitment to the community it serves when she added, “We’re assuring people that we’ll be open to help them get on Medicaid until the plan changes. We’re here and we’ll keep doing the good work we’ve been doing.”

Will many people “go without”?

Care Alliance Health Center treats over 13,000 people each year and employs 80 practitioners on an operating budget of $10 million. The nonprofit center depends upon donations (from individuals and foundations), as well as government grants. Francis Afram-Gyening is the center’s president and CEO. He expects he will need to pursue additional financial assistance from foundations if Republicans succeed in gutting the existing healthcare law.

Although the Care Alliance’s primary and preventative care would still be standing after an ACA repeal, more niche-type services like dental services, pediatric care, and women’s health are at risk of substantial financial losses.

“Maintaining that level of service would be a stretch,” Afram-Gyening said. “If there’s no mechanism to pay for these services, people are going to go without them.”

The human cost of repeal

Asia Services in Action, Inc. (ASIA) is a nonprofit organization that provides healthcare to Cleveland’s Asian-American population. Michael Byun, CEO of ASIA, said that the individuals the organization serves will likely be impacted twice over. For starters, they would lose Medicaid or ACA marketplace coverage after a repeal. Furthermore, they might encounter language barriers that would impede their attempts to procure new coverage.

“All that infrastructure set up for them may be completely dismantled by getting rid of ACA,” Byun said. “That’s something we’re very concerned about.”

This blog post is provided for educational purposes only and is not offered as, and should not be relied on as, legal advice. Any individual or entity reading this information should consult an attorney for their particular situation. For more information/questions regarding any legal matters, please email info@nelsonhardiman.com or call 310.203.2800.