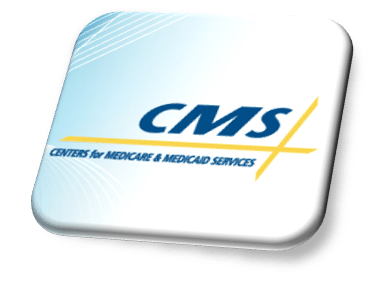 The Centers for Medicare and Medicaid Services (CMS)recently issued a proposal that would require home health agencies to receive prior authorizations before providing patient care. The proposal, announced in early February in the Federal Register, will be enacted in Florida, Texas, Illinois, Michigan and Massachusetts.

To obtain prior authorization (PA), a provider must receive approval from a patient’s insurance company before prescribing a medication or providing a service; the insurance company will only pay for the services or medications if the care was pre-approved. Prior authorization takes longer than the normal process, in which claims are submitted after the patient receives care or medication.

The proposal provoked intense backlash from home health agencies, who argue that the proposal would not only pose a significant administrative burden, but also endanger patients by increasing the time it takes to administer care. Home health care consultant John Reisinger has been particularly outspoken about the proposed reform and the impact it could have on patients. “It’s going to be harmful for a significant portion of patients that have issues that arise unexpectedly,” he said in an interview with Home Health Care News. Because the referral source for home care is already meant to deter unnecessary care, “all CMS is doing is creating a duplicative step that costs the program money and delays care.”

The power of targeted reform

The American Hospital Association (AHA) expressed concerns about the reform as well, in comments submitted during the open comment period. They contended that the proposal is too broad to reduce fraud and unnecessary care; to truly move the needle on the issue at hand, government should be cracking down on more specific issues. With the current proposal, they believe more harm would be done than good.

“We urge CMS to focus on interventions that target HH [home health] agencies with likely fraudulent practices, based on an analysis of Medicare claims,” AHA Executive VP Tom Nickels wrote in a formal comment submitted to CMS. Proven, targeted anti-fraud interventions, and an emphasis on rule-making rather than information collecting, would be a more effective way to reduce costs without unduly burdening patients and the system.

There were about 250 comments from industry stakeholders during the comment period. Hopefully, CMS will take these groups’ suggestions into account when finalizing the pilot.

Reisinger argues that the onus is on affected groups to get involved in policy-making; if they don’t, it’s unlikely that their needs will be met. Participating in the process of policy-making is vital to ensuring that all voices are heard and that the ultimate pilot best solves existing problems without creating new ones.

For more information/questions regarding any legal matters, please email info@nelsonhardiman.com or call 310.203.2800.

Harry Nelson Interviewed on NPR: With telehealth abortion, doctors have to learn to trust and empower patientsHarry Nelson Interviewed on BBC News: US to require negative Covid tests for travelers from ChinaClient Alert: Priority Privacy Update – Social Media and the Erosion of Medical Privacy8 Nelson Hardiman Attorneys Named to the 2023 Southern California Super Lawyers ListClient Alert: Cannabis Businesses Can Use Writ of Attachment to Expedite Collections